STO Will Become a Disruptive Innovation 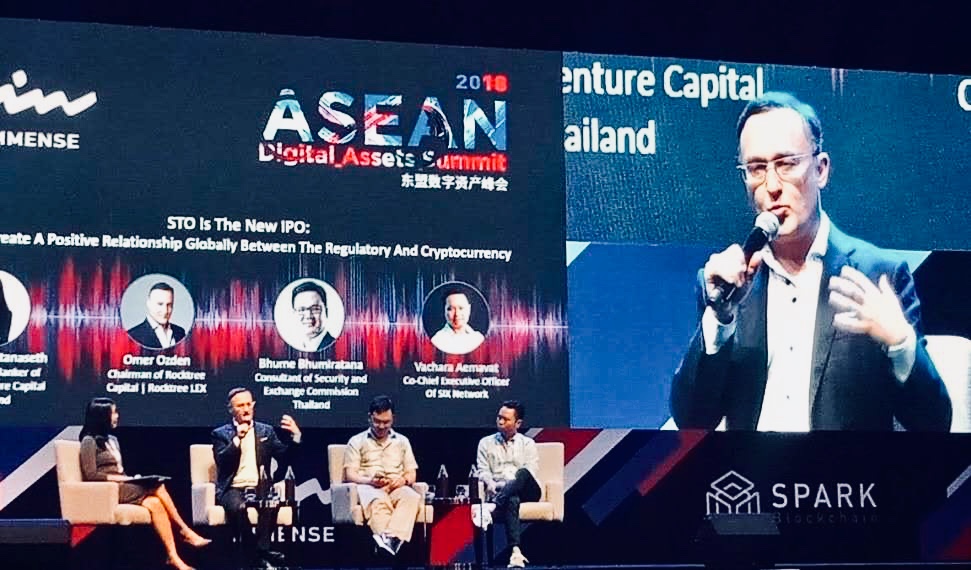 The U.S. Securities and Exchange Commission (SEC) has recently published an updated guideline for Initial Coin Offerings (ICOs), months after the Token Alliance and the Chamber of Digital Commerce submitted the report titled “Understanding Blockchain Digital Tokens: Proposed Guidelines for Government and Practitioners” to U.S. Congress, the SEC and the U.S. Commodity Futures Trading Commission to provide policymakers with the tools to move the token ecosystem forward. RockTree was the only contributor to the report selected from Asia. The brief SEC guideline, which can be accessed at https://www.sec.gov/ICO, provides investors with information on how to identify certain risks when participating in ICO investments, and reminders for market professionals to be cautious when involved in ICOs as the tokens may be securities under U.S. law.

The SEC, through its guideline, acknowledged ICOs as an increasingly popular and efficient way to raise capital or participate in investment opportunities. However, it also raised concerns on increased risk of fraud and manipulation because such markets are less regulated than traditional capital markets.

The SEC emphasized that an ICO may be considered a security offering based on specific facts, and therefore may be regulated by U.S. federal securities laws. If an ICO falls into the jurisdiction of federal securities laws, it will likely be required to be registered with the SEC, unless it falls under an exemption to registration. While an ICO and the tokens offered through an ICO may be called by other names, calling the token a “utility” token or structuring the token to provide some utility feature does not prevent the token from being considered a security.

The SEC further warns investors to be aware that many ICOs could possibly be fraudulent and there may be a substantial risk of loss or manipulation, including through hacking. In addition, investors should research the financial professionals they are working with to ensure the offering is legal and the financial professionals are licensed to offer the tokens. After all, if an ICO sounds too good to be true, investors should be cautious. Investors are encouraged to conduct proper research before investing, including reviewing the resources available at Investor.gov.

Although the SEC actively enforces securities laws, it acknowledges that funds are being invested into ICOs that span the globe, which makes it difficult for the SEC to effectively pursue bad actors or recover funds. In addition, the SEC cautions investors to understand how tokens are being traded on trading platforms calling themselves “exchanges”, as they are concerned investors believe these exchanges are regulated entities or meet the regulatory standards of a national securities exchange, when they are not and do not.

For market professionals such as lawyers, accountants and consultants, the SEC advised caution before promoting ICO offers and selling tokens. Professionals should first determine whether securities laws apply to the offering and sale of tokens. In addition, token trading platforms should be aware that if they are operating as unregistered securities exchanges that are in violations of the securities laws.

RockTree LEX sees these statements on ICOs as the SEC continuing to take the position that, as Jay Clayton, the Chairman of the SEC has previously stated, every ICO to date is a “security” and are “investment contracts”. This position has resulted in the emergency of the “security token” in the United States and growing interest in tokenized securities and Security Token Offerings (STOs) globally as a new path for companies to accelerate their growth. LEX is actively evaluating and accepting an increasing number of STO cases from North American and Asia and is working with current clients on successfully structuring and completing their STOs. These are clear signs that Security Tokens are the next wave of disruptive innovation being brought forth by the blockchain industry. If you or your business are interested in learning more about how to launch a regulatory compliant STO, contact us by Email at info@rocktreecapital.com